·
By Melanie Asher, MBA
·
Under Blog & Business and Economic Development

Reflecting on the Wounds Caused by Racism in America 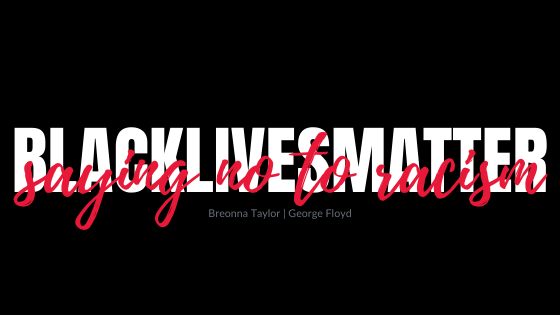 I don’t know what to say.

We need to abolish all of the police departments—isn’t this extreme? All police officers are bad—that’s not fair to say.

Do the official statements by major corporations matter? Looking at the executive teams and boards of directors suggests no. Professionals in my LinkedIn newsfeed are calling for what I call the “photo-opp accountability” of others. What about their accountability?

I don’t have the answers.

I’m not even pretending to know where to start.

I don’t know about you, but I was taught that racism is an individual. That it's about not liking or even hating someone simply because they are different than you based on something as trivial as the color of their skin. This is something that never made any sense to me. Why did skin color matter? Why was that a determining factor? I remember as a kid questioning the adults in my life when they would call someone the N-word or make negative and downright insulting comments about people that were simply walking down the street at the same fair we were at. I didn’t understand and no one could explain to me why this was acceptable.

It wasn’t until I was an adult and had run my own business for almost 10-years when I learned about institutional and structural racism. My mind was blown. I had never heard these terms. They were never mentioned in school or by anyone that I knew. I didn’t know about the laws and policies that continue to exist today that fundamentally create white privilege in America. It honestly doesn’t matter what individual views we hold (though the unified personal views will cause change), the fact is there are policies and laws in place that restrict minorities from having access to the same freedoms that whites do.

Institutional racism is a system of privilege and power based solely on race within an institution—that white is considered the default. It’s the policies and practices within and across institutions that, intentionally or not, produce outcomes that chronically favor, or put a racial group at a disadvantage. Institutional racism includes things like:

Structural racism is the big picture of our entire society. It’s not about the choice of an individual or a particular organization, it’s society-wide inequalities on the basis of race that influence how institutions establish policies, practices, and norms that create and maintain white supremacy making it more difficult for people of color to get quality education, jobs, housing, healthcare, pay and equal treatment in the criminal justice system.

This is what needs to change—the structural and institutional racism in our country. Just because something is “tradition” or has “been around since ___” doesn’t make it right and doesn’t mean it should continue.

It was about that time, 10-years into running my business when I learned about this and started to implement diversity work into my business, but I struggled. I wanted to truly make a difference, but I didn’t know how or see how it was possible—I’m a “white woman of privilege”, one voice.

I’ve sat on the board of minority organizations as “the token white person” or "the token woman" or both and I’ve worked with various organizations whose mission is about changing the structural, institutional, and interactional (or individual) inequalities of our country. I’ve worked with organizations that support native communities which are never represented unless it’s to show them as they were when Christopher Columbus arrived. I’ve even worked with companies on their diversity initiatives—some were genuine in wanting to help and make a difference, while others only cared about checking a box. That’s where I got frustrated—working with companies that only cared about the façade of implementing diversity initiatives.

I am one woman, one voice. I personally may not be able to make any of the changes that need to be made, but I can walk beside as an ally and support those who it needs to change for. I can continue to create awareness in the work that I do with my clients. I can continue to serve on boards of companies and organizations that are genuine in making a difference. I can teach my son what I didn’t learn until I was an adult. I can continue to create self-awareness of my own unconscious biases and do my best to change them. I will make mistakes and I will try again.

Here is a list of resources that you may find helpful in your journey. If there are others that you recommend, please let me know and I’ll add them.