Where has Responsibility Gone? Blame & Fault by Apple 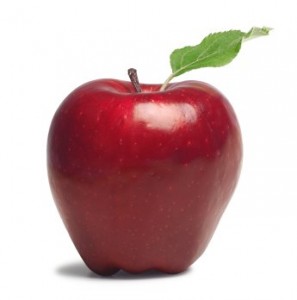 I don’t normally jump on the latest bandwagon, but this one seemed too fun to miss out on. Earlier this summer, Steve Jobs set a new business example for others to follow—blaming the customer by saying “Stop holding the phones in that way.”

Apple’s launch of a much desired iPhone 4 was less than positively accepted. Customers soon started complaining about losing signal. When Apple’s loyal customer base turned to them for help, all they heard, was “it is your fault.”

While this may be the standard for many companies, Apple is not a company known for this. Apple is also a company that many others choose to emulate, and with such a loyal following, I don’t blame them.

Now the egg industry has decided to follow in Apple’s footsteps and say that consumers don’t know how to cook. While for some that may be true, but that is a bold statement that alienates everyone in some way. Some cooking and baking requires an egg to be cooked less than well done. So is the egg industry saying you should not buy eggs from companies associated with them or that the only way to safely eat an egg is if it is overcooked and no longer has any flavor?

When the economy changed a few years ago, companies had the opportunity to build and focus on relationships with their customers. Many companies for the first time learned and focused on what a customer’s experience really is and how it does change their perception of the company and their brands. As an industry leader, Apple is saying that a customer’s experience doesn’t matter. Is it not greed that got us into this position in the first place?

Take responsibility! If you screw up, own it. No one is perfect, no company is perfect. Your customers will have more respect and be more loyal to you when you take responsibility for your actions and decisions.
Under Impact of Business on the Economy
2 min read
Truth Bomb: You Will Fail in Marketing and It's OK.
Do You Want a Chief Marketing or Metric Officer?
Share Tweet Share