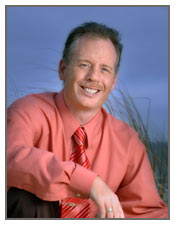 Tom Capizzi Jr., of Capizzi Home Improvement wrote one of three forewards for Contractors: Doing it Right Not Just Getting it Done. Here is his . . . Enjoy!

In the early to mid-1990’s I began to make a deliberate effort to lead our company culture in a direction that would allow me to not be “handcuffed to the front door” of our business inhibiting me from pursuing other interests. I had spent several years “handcuffed to the front door” of my business in which most of the day to day business activities had to go through me. As a result, I was literally being mentally and physically handcuffed to the business. Luckily, there weren’t too many years like that which ultimately leads to a cynical, burnt out, business owner—an all too familiar story; living inside a scenario in which your business becomes your only identity and consumes almost your entire existing, leaving no mental or physiological capacity for any other interests including family and personal, eventually sucks the life blood out of having any passion for your business or your life.

Don’t get me wrong. I’m not talking about not working long and hard at your business, especially when your business needs you. Nor am I talking about becoming a totally disconnected, absentee owner who no longer knows what is going on with his business. Nor having some delusional dream that one day your business is going to operate all by itself and that you can become totally irrelevant while they keep sending you bigger and bigger checks every week. That is the equivalent of an investor in a business which could eventually be your business, but that is another story entirely. What I am referring to now is how you being the leader of your business and the culture of your company can help shape your life inside that business and outside that business.

The first turning point for me was my desire to reside in San Diego for three months every winter. My wife, Mary, has a very large family, most of who live in San Diego, and we wanted to spend time there so that we, and especially our children, Heather and Thomas, could grow up having a relationship with their west coast grandparents, aunts, uncles, and cousins. We did this for six years, from 1996 through 2001. While away I was still in touch by phone, fax, and email, just in a different state; at the time that was a huge leap for me since I had always been there with the exception of an occasional vacation.

In order to achieve this living arrangement, I had to develop systems and a culture that would allow for me to be away from my business for three months at a time. My focus was to attract and train people who could, in essence, run their position in the company more independently than the average person who requires more supervision. For years I shared the book Going from Good to Great by Jim Collins in our annual company kick-off meetings, which speaks about getting the right people on the bus and in the right seat on the bus, and getting the wrong people off the bus. The right people for our company are people who can think and act independently enough to make decisions without having to be micromanaged in order to accomplish the majority of their work and, more specifically, don’t need to approach me with low and mid-level decisions. The individual first works out their issue either on their own or by sharing it with other team members or a manager prior to it ever having to come my way. As a result, most things never even get to me unless it involves a higher level decision. This frees up a tremendous amount of time for me to work on things that are the highest and best use of my time and interests. This cultural pursuit has been well over a fifteen year journey that has served my company, Capizzi Home Improvement, in business since 1976, very well.

The initial six years of wintering in San Diego led to my second turning point, putting the company and culture to the test when I moved to southwest Florida full-time for almost four years, from 2002 to 2005, in an effort to expand our real estate and development interests in Florida and Costa Rica.

My third turning point occurred between 2006 and 2007 when I pursued another interest and a long awaited passion of mine, to enter the sport of auto racing, which took me away for eight weeks a year, on top of all of my other endeavors. All of this would not have been possible without constantly pursing a company culture made up of many self-reliant team members with an entrepreneurial spirit.

The idea of “being handcuffed to the front door of your business” is mostly psychological. You first have to remove the psychological handcuffs in order to actually let go a little; delegate to good people and empower them to do more. Your commitment to repeat this cycle, once it takes hold, will be liberating.

I first met Mel at a conference put on by Certified Contractors Network® where I sat in on a panel in which Mel moderated a Q & A session on company culture and brand. I believe the reason Mel and I connected so well is because we both have a passion and commitment to the all-important topic of company culture. I encourage you to read and reread this book because it brilliantly outlines the importance of creating the right company culture for you and your business. Start the liberating process here.
Under Executive Personal Branding
5 min read
Many Paths to Success-Jay-Z & Warren Buffett
The Management / Employee / Customer Gap
Share Tweet Share