Should Your Brand Ever Apologize For A Mistake?

What do you think of professionals who admit that they are wrong?

Does it matter if they are being sincere in their apology? Does their mistake or admission alter your views on them or their brand? Should it?

I was having a conversation with my husband about current events and he made the statement “One thing that Trump has taught me is that if you are in the public eye, you should never admit your mistake or apologize for it.”

Honestly, this took me by surprise. After all, isn’t admitting you make mistakes what helps common everyday people connect with you? The more he explained his views and the more I thought about it, he may be right. 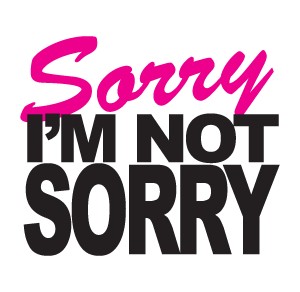 When most celebrities make a mistake, they make a public apology whether they mean it or not. Depending on what they did, they check themselves into some rehab or get some counseling in order for them to “make it right” with the public— people who in most cases are not affected by what the celebrity has done. After that, the media and the public often chastise them for months or years —often times permanently staining or altering the brand.

But with President Trump (and certain other celebrities), he seems to be able to say and do as he will (sometimes in error) without ever apologizing and the world moves on.

It’s inevitable. You and your brand will make a mistake. In fact, you’ll make many over the years that you’re in business. Sometimes they are accidental, it could be malicious intent, it could be a rogue employee, or other times it could be personal and none of the market’s business, like if the founder gets a divorce. So should you step up and admit the mistake versus ignoring it and moving on?

Another interesting aspect of this is why do we hold celebrities to a standard that many of us do not live up to? Is it because we falsely hold onto the fantasy that if we had lots of money and fame our life would be perfect and therefore we would be as well? Then when the celebrity makes a mistake, it destroys our fantasy which emotionally hurts us even though what they actually did, did not affect us, nor is it relevant to us at all?

I bring that up because that is how these celebrities are coached—based on the emotional hurt of destroying the market’s fantasy instead of the actual incident. If a celebrity cheats on their significant other, why is that relevant to the market? Why should they have to publically apologize or make a public display about going to counseling for that? If a celebrity publicly uses a product of a competitor when they are under contract, then yes a public statement is warranted because they violated their business agreement and put that brand at risk. (Think of the celebrities that have signed with Coke/Pepsi and then have been caught drinking Pepsi/Coke.)

Most of us are not celebrities, but we do have clients that respect us and hold expectations about us. So while your mistakes may not require a full-on press conference with a plan of “how you’ll be healed”, there will be times where you need to address all of your employees or clients about something that happened and there will be other times when you should only address those who are directly involved.

Whoever is addressed, the point is to own up to your mistake. Your clients are not an adoring fan base that holds you to some impossible standard. Don’t stain your brand with spin or worse, lies and covering up for something that may not even need to be covered up.