The campaign lasted less than week. There was a formal announcement in the press to both launch and cancel it. Articles are being 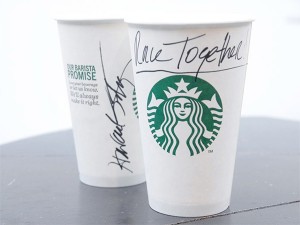 written about it regularly and the social media posting is still ongoing! So was the campaign really a failure?

The purpose of any campaign is to break through the noise of our day to day lives and give our audience a reason to remember our brand. Most companies choose safe campaigns conforming to society’s acceptance of what is right or wrong. These campaigns usually only stand out when they are funny or when they touch a deep emotion, something that is really hard to do.

There is a style of advertising called “shock advertising” that companies have used to break through the noise. Most of the time, these campaigns challenge what society deems acceptable. They get extra publicity and get in front of a broader audience because of how intense their ad or campaign was. These campaigns are usually short-runs from the company perspective, generate an initial negative perception of the brand, and rarely create an actual connection to the brand. These campaigns are also often long-lived in the media and used as case studies in education because everyone has heard of them.

Another way to look at this is similar to how we look at Super Bowl ads. Every year, companies pay top dollar to be featured in the most watched event of the year. With social media, these companies now run campaigns about the big day so they can get in front of this audience sooner and stay in front of this audience longer. Then after it is over, we rate the ads. Everyone wants to know who had the best and worst ad. And guess which ads get watched and shared the most? You got it…the best and the worst. Everyone else is deemed “just average”.

Going back to the branding aspect of #RaceTogether, a common complaint was that the campaign was misaligned with the Starbucks brand. After all they have never been known for racial diversity.  But until recently, very few brands were. Diversity is a relatively new accepted conversation in the business world and in society. For decades, race has been like politics and religion…we don’t talk about it in public but we make decisions based on it. Diversity issues are about human rights and Starbucks has always been about human rights. Yes they have gotten in trouble for this too, but one of the core aspects of how the company was built was “treat people right”. They have also done this globally through their Global Responsibility efforts.

Another complaint was about Starbuck’s lack of corporate diversity. Fair enough, if you only look at the images of their top executives this too is true. Starbucks has always taken great pride in its partners as people, whether it is sincere or not is a conversation for another day. Starbuck’s didn’t say “we are a model diverse company”, they said, “Let’s talk about race.” Those are two completely different conversations. And until a conversation is had about a sensitive issue, nothing changes. Look at what happened with the initial election of Obama as President and now with Ferguson.

Where I do feel the campaign was a huge failure is with the employees and partners apparent lack of training on how to have conversations about diversity. Having participated in diversity initiatives myself it is not as easy as just talking about black or white or is it right or wrong. However, while this campaign did make customers and employees feel awkward and uncomfortable, they are still talking about it!

Another failure point is that Starbucks was not prepared for the response. When you launch a shock campaign or are trying to start a cultural conversation, a company needs to be prepared for it to go in any and all directions. Starbucks just simply chose to end the campaign and not respond to customers’ outcries. But they still have an opportunity to lead this conversation which it seems they may choose to do. CEO Howard Schultz humbly wrote to partners, "While there has been criticism of the initiative — and I know this hasn't been easy for any of you — let me assure you that we didn't expect universal praise. We leaned in because we believed that starting this dialogue is what matters most. We are learning a lot."

A major point of success is the name! The play on words and addressing a cultural issue in a positive light was ingenious! I would not be the least bit surprised to see this hashtag stick around and this phrase become a manta for embracing diversity and inclusion.

#RaceTogether was not about selling more lattes and Frappuccinos. It was about people connecting and talking with people. It was about breaking through the noise and starting a conversation. The people who didn't like the campaign will not stop going to Starbucks. The people who loved it may love Starbucks even more. But most importantly, Starbucks started a conversation about human rights that is not going away and they will be given credit for it.
Under Effective Digital Marketing Strategy
5 min read
City of Shoreline Quick-Start - Mel DePaoli Presents Leveraging LinkedIn and YouTube
Did you know that each LinkedIn Group has its own rules?
Share Tweet Share